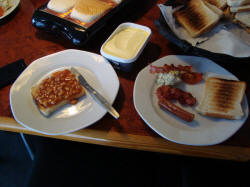 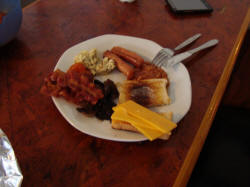 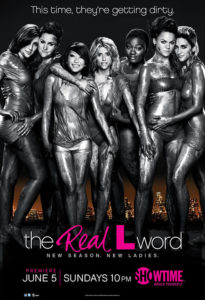 Previews episode 4: The
Perfect Couple | The
Other L Word

EP0201: In the Season 2 premiere, Whitney’s girl drama deepens when her
ex-lover Rachel moves to Los Angeles; Claire nervously contemplates a
similar cross-country relocation and a reunion with Francine, a model and
media magnate who has offered a guest bedroom; Romi and Kelsey drunkenly
celebrate a birthday; Cori and Kacy want a baby and have a sperm donor lined
up, but they’re clueless about the rest of the process; the newly out Sajdah
seeks her first lesbian relationship and finds a potential partner online.

EP0202: Romi and Kelsey’s lack of a sex life leads to another drunken
confrontation; Whitney wakes up in Sara’s bed once more, unable to deny her
attraction; Claire and Francine try to regroup; Kacy and Cori have dinner
with more male friends who could be potential sperm donors but encounter
more reluctance than they expected; Sajdah is thrilled to tell her friend
Marissa about her new romance with Chanel but Marissa warns her to proceed
with caution.

EP0203: Whitney heads north to San Francisco but fails to leave her girl
troubles behind; Romi faces the challenge of her new sobriety while still
wrestling with her and Kelsey’s sexual issues; Sajdah’s relationship with
Chanel proceeds rapidly; Kacy and Cori find a sperm donor online; Francine
counts the days until Claire moves out – and so does Claire, who is eager to
leave.

EP0204: A night out with Kacy and Cori proves to Whitney and Sara how deeply
dysfunctional they are; Sajdah’s birthday bash for Chanel takes a
heartbreaking turn; invigorated by sobriety, Romi refocuses on her career;
Claire gets her own place.

EP0205: Whitney is ready to get over Sara but her ex is scheduled to go-go
dance at an event she’s planning; Kacy and Cori go to their first meeting
with the doctor performing their procedure; Romi reexamines her relationship
with Kelsey, who can’t stay sober; Saj and Chanel are back on but their sex
life is temporarily on hold; Claire and Francine aren’t speaking but can’t
avoid each other during a night out at the club.

EP0206: Romi braces for a tough first week at her new fashion job in Las
Vegas; Cori and Kacy encounter a pregnancy timing problem while Whitney and
Alyssa use their makeup skills to help them successfully inseminate; Saj
surprises Chanel with a whirlwind day of romance; Claire calls on Vivian
when Francine leaves her belongings on the porch.

Ep0207: Kacy prays for divine intervention in her and Cori’s quest to get pregnant; Saj’s amorousness overwhelms Chanel; Romi’s investment in her jewelry line pays off when when her work draws the interest of a major designer; Francine spreads the rumor that Claire thinks the other girls are losers, leading to a showdown; Rachel interviews for her dream job at Vidal Sassoon.

Ep0208: Kacy and Cori splinter under the pressure of pregnancy problems; Whitney reaches out to Rachel just in time; Saj’s mother arrives for a visit and gets a front-row seat to the lesbian lifestyle; Romi and Kelsey fracture over alcohol; Franny considers coming out to her traditional Japanese mother.

Ep0209: Whitney and Romi grapple with their feelings for each other; Kacy and Cori pursue what may be their last chance at making a baby; after her mother leaves, Sajdah realizes she did indeed move too fast with Chanel; Francine welcomes her mother to town and braces for coming out. 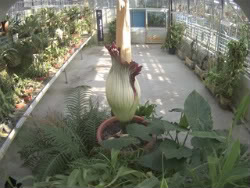 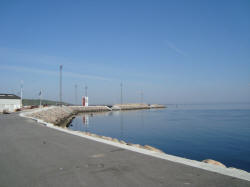 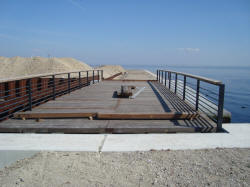 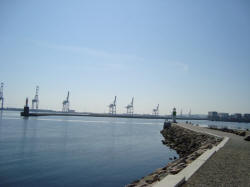 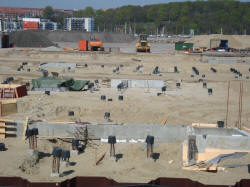 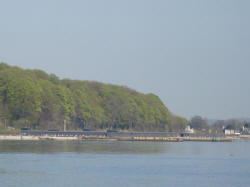 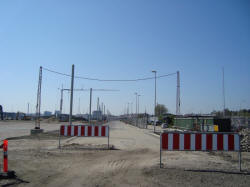 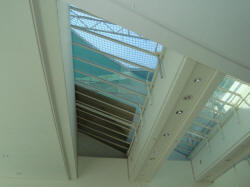 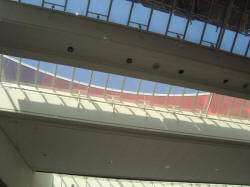 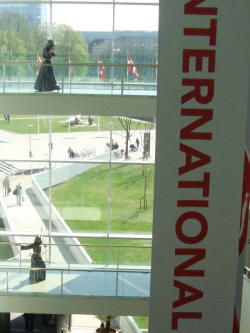 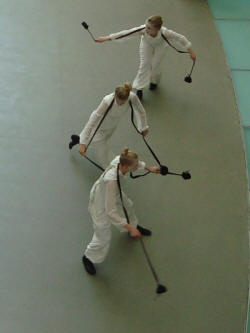 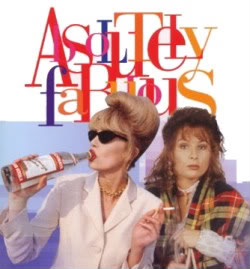