#601: “Long Nights Journey Into Day” – 18.januar 2009
Last seasons spontaneous steamy moment between Shane (Katherine Moennig) and Nikki (Kate French) leads Jenny (Mia Kirshner) to confess the identity of her true love and complicates the groups future dynamics. On the sixth and final season of THE L WORD®, careers evolve, relationships are tested and friendships end in murder. It begins with Jenny found dead! As a result, everyones lives are turned upside down leaving all the friends despondent but also suspects  who did it and how did it happen? Flashbacks of the months leading up to the murder will be the only way to put the pieces together to learn why.

In episode 601, the sixth season premiere, a shocking revelation about the fate of a major character leads to a season-long series of flashbacks that will reveal the events leading up to a tragedy.
(sho.com)

In the season premiere, things pick up after we last saw the girls in the Lez Girls wrap-up party. Shane tries to deal with her betrayal to Jenny as they both attempt to figure out their feelings. Bette and Tina get anxious when Angelica’s fever suddenly peaks. Alice and Tasha don’t know whether to break up or stay together. Meanwhile, Helena and Kit party as the new club owners of HIT!.
(tv.com)

#602: “Least Likely” – 26.januar 2009
Bette (Jennifer Beals) and Tina (Laurel Holloman) talk about expanding their family and beginning a new life but the plan could be ruined when Bette bumps into an old friend with dangerous potential; Alice (Leisha Hailey) and Tasha (Rose Rollins) ponder their compatibility as they seek counseling; an old flame appears sending Helena (Rachel Shelley) reeling; and Max (Daniela Sea) is faced with an extraordinary situation.

In episode 602, Bette and Tina talk about expanding their family and beginning a new life but the plan could be ruined when Bette bumps into an old friend with dangerous potential; Alice and Tasha ponder their compatibility as they seek counseling; an old flame appears sending Helena reeling; and Max is faced with an extraordinary situation.
(sho.com)

In episode 603, the negative of Jenny’s movie goes missing, while Shane’s apologies to her are finally noticed; Jenny dismisses Alice’s aspiration to write a screenplay; Phyllis shares a secret with Bette; Kit and Helena open a new nightclub.
(sho.com)

Tina’s troubles with the Lez Girls film continue as the negative for the film is stolen. The group react to Shane and Jenny’s shocking news. Bette continues to have trouble at work with Jodi. Alice makes a decision that could affect her career.
(tv.com)

#604: “Leaving Los Angeles” – 09.februar 2009
Shane and Jenny are still melting over each other; Bette and Tina go to Nevada to meet a potential birth mother; Max is trying to deal with being pregnant; Alice and Tasha play matchmaker; and Kelly Wentworth (Elizabeth Berkley) may have what Bette needs.
(sho.com)

Bette and Tina travel out of town to meet with a potential birth mother. Dylan approaches Tina in the hopes that she can help her get back in touch with Helena. The girls, on the other hand, don’t want Helena to have any contact with Dylan, and Tasha and Alice take it upon themselves to set Helena up with a blind date. Meanwhile, Max and Tom have trouble dealing with the unexpected pregnancy.
(tv.com)

#605: “Litmus Test” – 16.februar 2009
Jenny writes another script that sells; Bette and Kelly go into business; Alice and Tasha have a third-wheel crush; the girls plot a sting operation to test Dylan; and, Jenny encroaches more on Shane.
(sho.com)

Jenny manages to sell another movie script which turns out to borrow heavily on someone else’s work. The girls realize Alice and Tasha are having a third-wheel-crush on Jamie. Despite the girls protesting profusely, Helena plans to go out with Dylan. To test Dylan’s character, the girls set up a trap but need Niki’s help to pull it off.
(tv.com)

#606: “Lactose Intolerant” – 23.februar 2009
Jenny throws a baby shower for Max; Bette and Tina hit a roadblock in the adoption process; Bette goes solo to her gallerys opening night celebration leading Kelly to go in for the kill; Shane is feeling boxed in by Jenny; and Alice starts to feel like three is a crowd.
(sho.com)

Jenny throws an overwhelming baby shower for Max and spills the beans about the Niki test to Dylan, causing Helena to go on a tailspin. Bette and Tina attempt to find ways to work around the Nevada state adoption law. While Tina flies to New York on a new movie project, Bette and Kelly throw an opening party at the gallery. Kit meets a handsome stranger but doesn’t warm up to his advances. Meanwhile, Alice, Tasha, and Jamie spend increasing amounts of time together.
(tv.com)

#607: “Last Couple Standing” – 02.marts 2009
The Los Angeles Gay & Lesbian Center dance marathon is on; someone is movi
ng to the Big Apple; rumors fly fast around the dance floor that Alice and Tasha may be in couple trouble; The HIT!s Sunset Blvd makes a shocking revelation to Kit; and theres a no-show at the bus station.

HIT! hosts a big dance marathon for charity, bringing out the competitive side in every girl. Tina gets a job offer. Jenny spreads malicious rumors about Bette. Alice begins to suspect there’s something going on between Tasha and Jamie.
(tv.com)

#608: “Last Word” – 09.marts 2009
In the final episode of the series, what starts out as a celebration of friendship quickly ends in a web of betrayal and deceit; the girls find themselves in the slammer with Sergeant Duffy (Lucy Lawless); and the investigation into Jennys death begins

In the series finale, as Bette and Tina are ready to start a new life in New York, Jenny takes on the task of making a tribute video for the couple. Alice wants Tasha to make a decision regarding their relationship. Helena and Dylan have trust issues. Shane meets a past lover.
(tv.com) 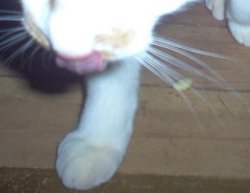 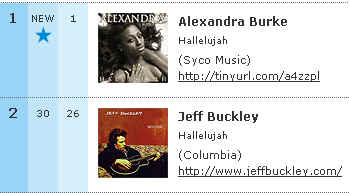 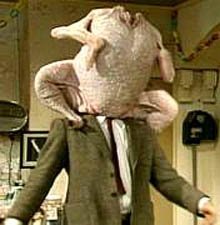 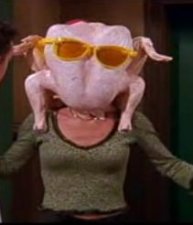 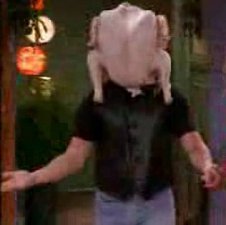 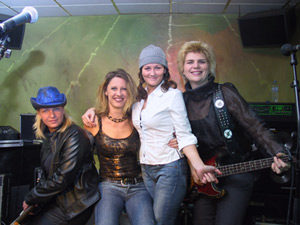 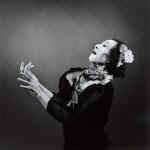